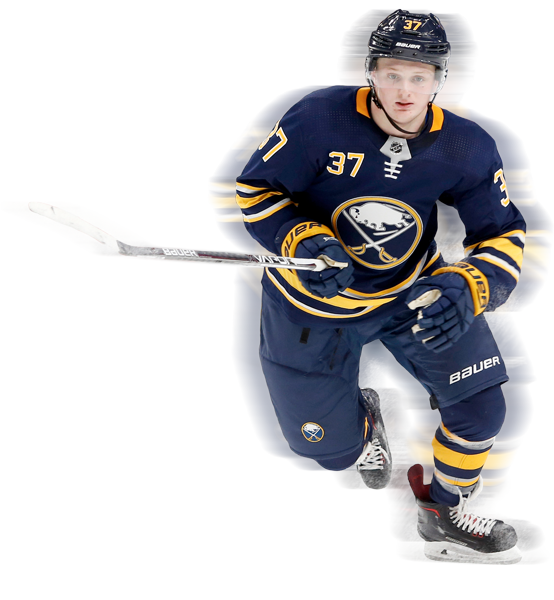 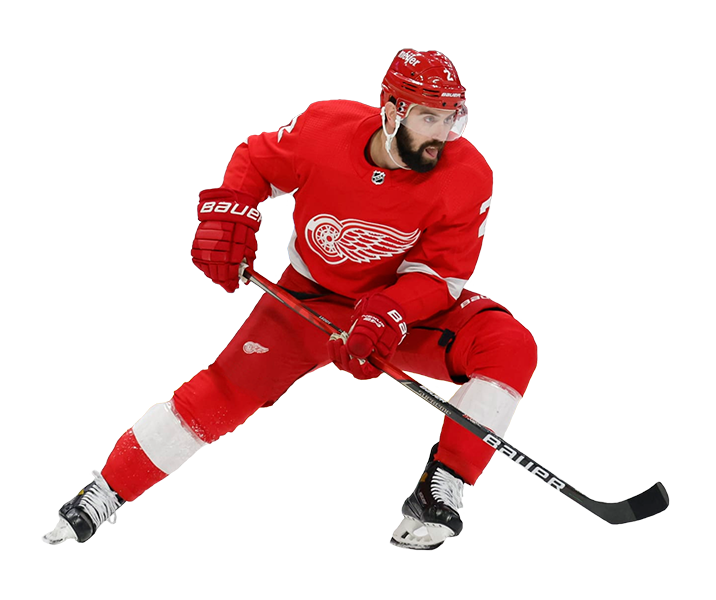 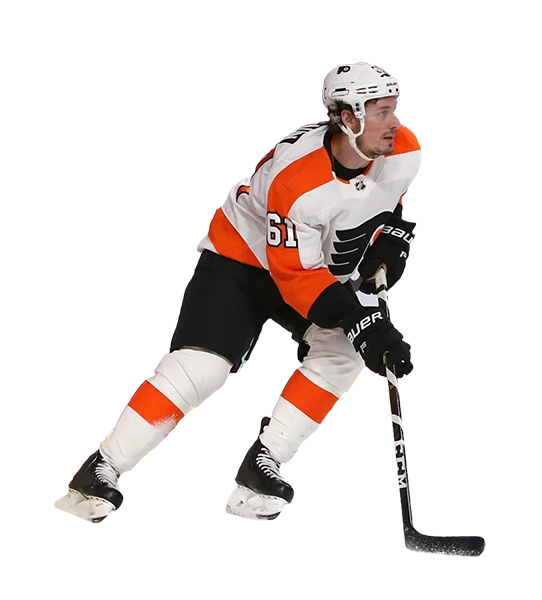 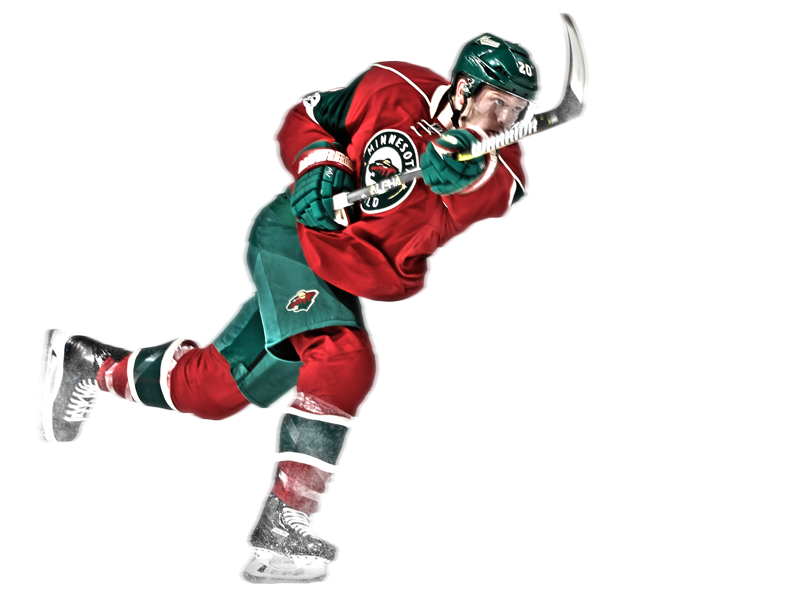 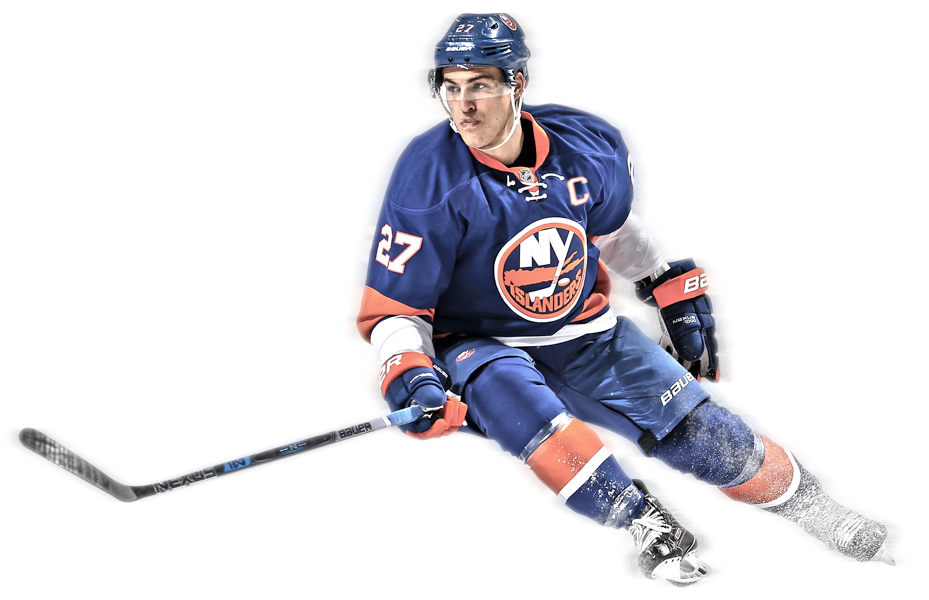 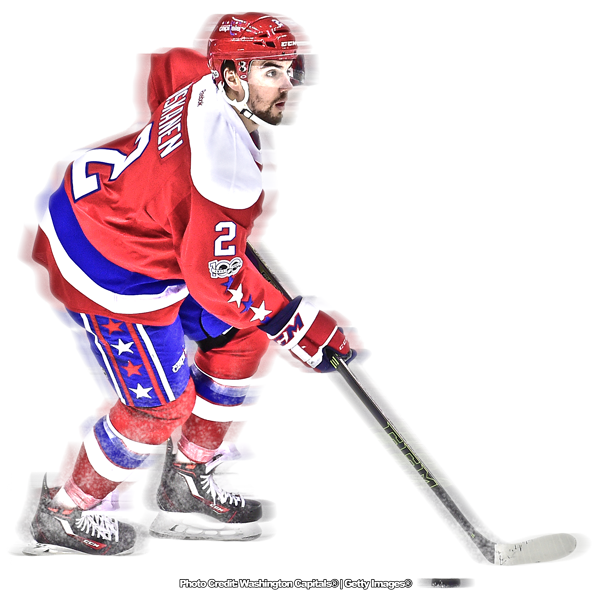 We've been on the ice and in the meeting rooms. We've done the handshakes, the small talk and the negotiating. We know what it takes and have the respect of our peers.

We've fought for our teammates - on and off the ice. Whether in full pads or a suit, the principles are the same. We seek the best possible situation not only for today but for your entire career. You talk; we listen. You need us; we're there. Focus on your game; we'll focus on the rest.

We are not just agents; we are hockey people. Our time spent on the ice has shaped our unique knowledge of how rules and stipulations impact your future. We've seen struggles from both sides of the glass, and we know what works. 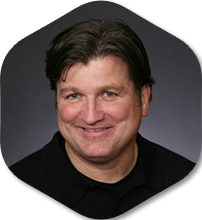 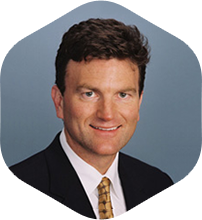 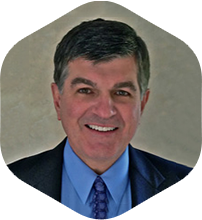 ICE Hockey Agency has tremendous experience and credibility in assessment of players' current and future values. Our understanding of the collective bargaining agreement and our relationship with NHL team management based on mutual respect, ensures the best outcomes for our clients.

As a lawyer, Neil Sheehy is skilled at preparing for and representing clients in arbitration. Legal expertise and actual NHL playing experience make ICE Hockey Agency best equipped to help educate and persuade an arbitrator.

ICE Hockey agency acquires quotes for players upon request to insure their careers against permanent injury..

ICE Hockey Agency helps to prepare its clients for their professional season with a three-week-long camp held at Augsburg College.

ICE Hockey Agency has tremendous experience and credibility in assessment of players’ current and future values. Our understanding of the collective bargaining agreement and our relationship with NHL team management based on mutual respect, ensures the best outcomes for our clients.

ICE Hockey Agency has partnered with Paladin Capital to offer the extended suite of services needed to craft a holistic plan based on your financial goals and objectives by carefully considering your complete financial picture, including asset allocation and risk, income planning, asset management, legacy planning and tax strategies.

Providing you with a fiduciary level of service means we are legally bound to always do the right thing for you and your family by only offering solutions that serve your best interest. Our commitment to you as a fiduciary is also an assurance to act with transparency throughout our relationship.

The right technology can make managing and organizing your retirement an easier process. When you partner with our company, you receive access to Generational Vault – a secure online portal that allows you to easily organize, manage and access your financial life.

Generational Vault serves as the vehicle to document and record our commitment to act as a fiduciary and be transparent throughout our relationship. 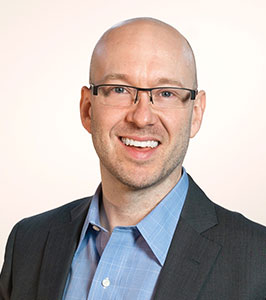 Jeff Foley, CFP®, is the founder of Paladin Capital and serves as an investment advisor representative, providing a holistic approach to wealth management and offering income planning, asset maximization, legacy planning and tax strategies. Jeff assists his clients through a comprehensive five-step retirement planning process that incorporates the three hallmarks of Paladin Capital — fiduciary, transparency and technology. With over 20 years of experience in the financial services industry, Jeff has his Masters of Science in Management from the American College (MSM) and is a Certified Financial Planner™ (CFP®), which is a testament to his ethics and professional responsibility to provide financial planning services as a “fiduciary” — acting in the best interest of his clients.

Sheehy is also a certified NeuroMuscular Therapist, NMT® who uses his skills and experience to help athletes combat negative effects of head contusions which are prevalent in hockey. Neil's experience as a former NHL Hockey player combined with his education is NeuroMuscular Therapy (NMT) helps our athletes feel and perform better which allows our agency to maximize the player's value in contract negotiations.

What is NeuroMuscular Therapy?

Neuromuscular therapy is a specialized form of deep tissue massage in which digital pressure and friction are used to release areas of strain in the muscle. These areas of strain are called tender or trigger points and are the cause of muscular pain symptoms.

“After having major back surgery in the 2017-18 NHL Season, my overall play did not meet my expectations. I committed to using Neil Sheehy for neuromuscular therapy treatments and I finished the season scoring 16 goals in 21 regular season and playoff games. I felt better connected, balanced and clear-headed which enabled me to produce like I did when I was 24 years old.” - Zach Parise

“Everyone should have the opportunity to feel great everyday. When I use Neil Sheehy’s treatments in neuromuscular therapy, I feel great and at my best.” - Anders Lee

"Neil Sheehy impacted my quality of life in a few sessions more than any other health care professional ever has over the past 10 years. My once daily headaches are now virtually absent from my life thanks to Neil and his dedication to getting his patients better. I was use to constant pain and feeling in a fog from past head injuries but since beginning Neil's treatment with neuromuscular therapy, I feel like a new person. After a session with Neil I feel balanced, clear headed and have an overall surge of energy that I was not used to experiencing. " - Marino Best, Northwestern Chiropractic Student

Previous Next
Email Us 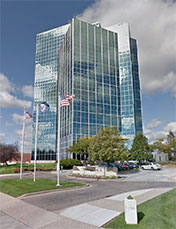 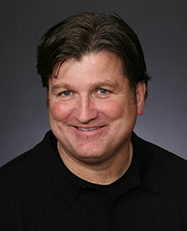 Neil Sheehy approaches player representation with the same energy and determination that had pushed him to the highest levels of professional hockey. Sheehy's storied hockey career took him from International Falls to Phillips Academy, Andover and then onto Harvard University where he played for the Crimson. A rugged defenseman, he featured prominently on the U.S. National Team (co-captain and MVP), Calgary Flames, and Washington Capitals.

When Sheehy decided to guide other players into pro hockey careers, he had gained the respect of NHL general managers and NHL hockey personnel, plus the expertise to advise players on what it takes to reach the top. Understanding the complex business situations inherent to collective bargaining and contract issues, Sheehy earned his J.D. from William Mitchell College of Law in 1997 and is licensed to practice law in Minnesota and Massachusetts.

Sheehy is also a certified NeuroMuscular Therapist, NMT® who uses his skills and experience to help athletes combat negative effects of head contusions which are prevalent in hockey. Neil's experience as a former NHL Hockey player combined with his education is Neuromuscular Therapy helps are athletes feel and perform better which allows our agency to maximize the player's value in contract negotiations. 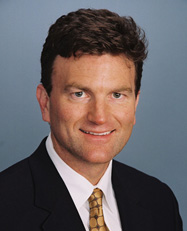 Paul Ostby, a native of Elk River and inductee into its Hall of Fame, brings a well-rounded resume to ICE Hockey Agency. An accomplished player, scout and coach, Ostby has a keen eye for talent and has built the relationships critical to building pathways for players. A walk-on as a freshman, Paul rose to become the University of Minnesota MVP in his senior year, earning him a trip to the National Sports Festival. He went on to tend goal for the U.S. National team.

His understanding of the game led him to coaching for the St. Paul Vulcans, University of Minnesota, Shattuck St. Marys, Apple Valley, Benilde St. Margaret, and state-wide goalie camps and clinics and to scouting for the Washington Capitals. Paul focuses on scouting and marketing endorsements and supports overall player representation. 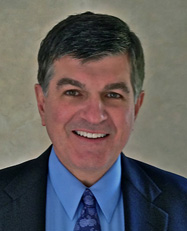 A U.S. Hockey Hall of Famer, Tim Sheehy excelled at every level of hockey in the United States. Sheehy stood out as one of the only Americans playing professional hockey at a time when Canadians dominated rosters. Long after his 1980 retirement, Sheehy remains a legend locally for his State Tournament performances and nationally and internationally for his Boston College, professional (New England Whalers and Edmonton Oilers) and Olympic (captain of Silver Medal team in 1972 Sapporo Winter Olympics and three national teams) careers.

Originally from Florida, Alec started his “AAA” hockey career under Vlad Chermata, a top level Russian Army player in the late 1980s, and one of the famous Sutter brothers, Duane Sutter. Alec was then recruited to play for the Cleveland Barons. After the Barons, Alec joined one of the top organizations in the country, Little Caesars U16 midget minor who ended up winning the national championship in 2008, with notable players like Rocco Grimaldi and Mike Houser. Alec then tendered in OJHL, with the Wellington Dukes in 2010 after another great National Championship run with the Tier I AAA program called Team Maryland. Also, Alec was an American Hockey League referee.

Alec has been a scout in the NAHL for the last five years and has represented players for the last 7 years. He received his JD from Mitchell Hamline Law in 2019 and graduated with honors from Hamline University in 2016. He has extensive knowledge in the Junior A, AAA and college hockey world and has dedicated his life to helping kids through the difficult path of junior hockey. He has helped many clients complete their dreams to play division one hockey and major junior. 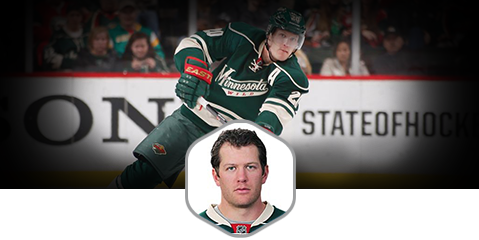 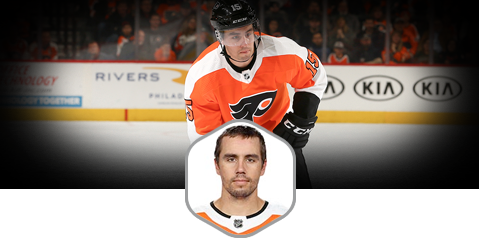 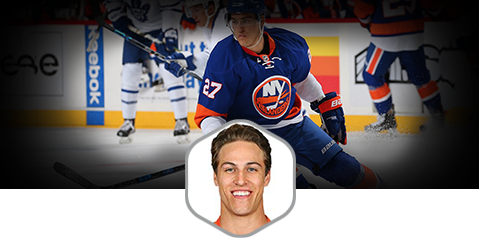 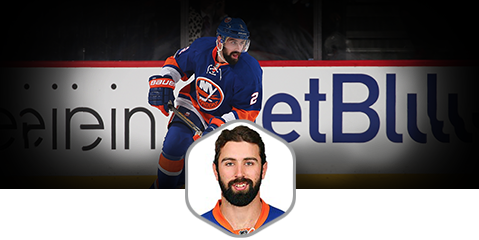 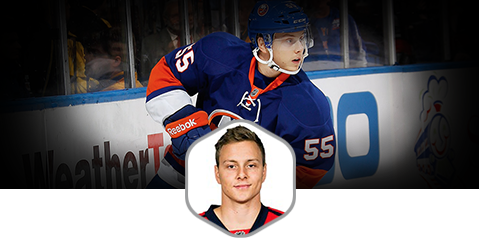 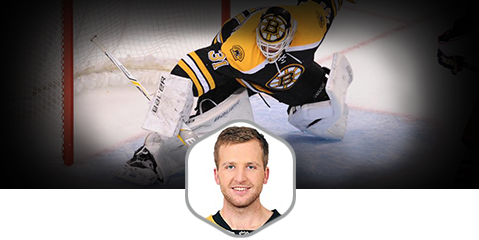 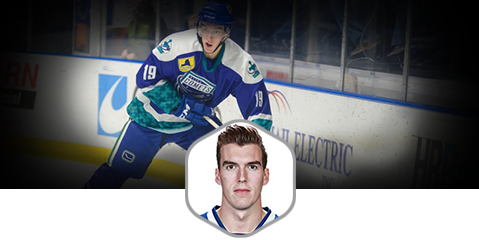 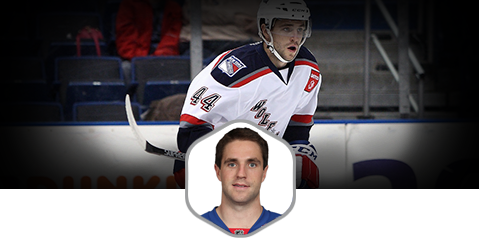 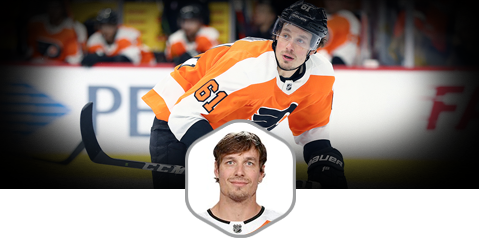 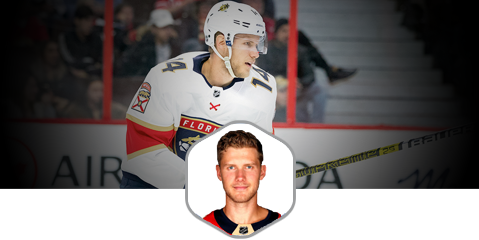 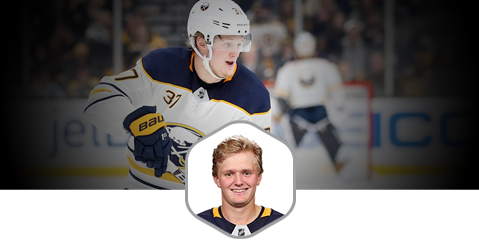